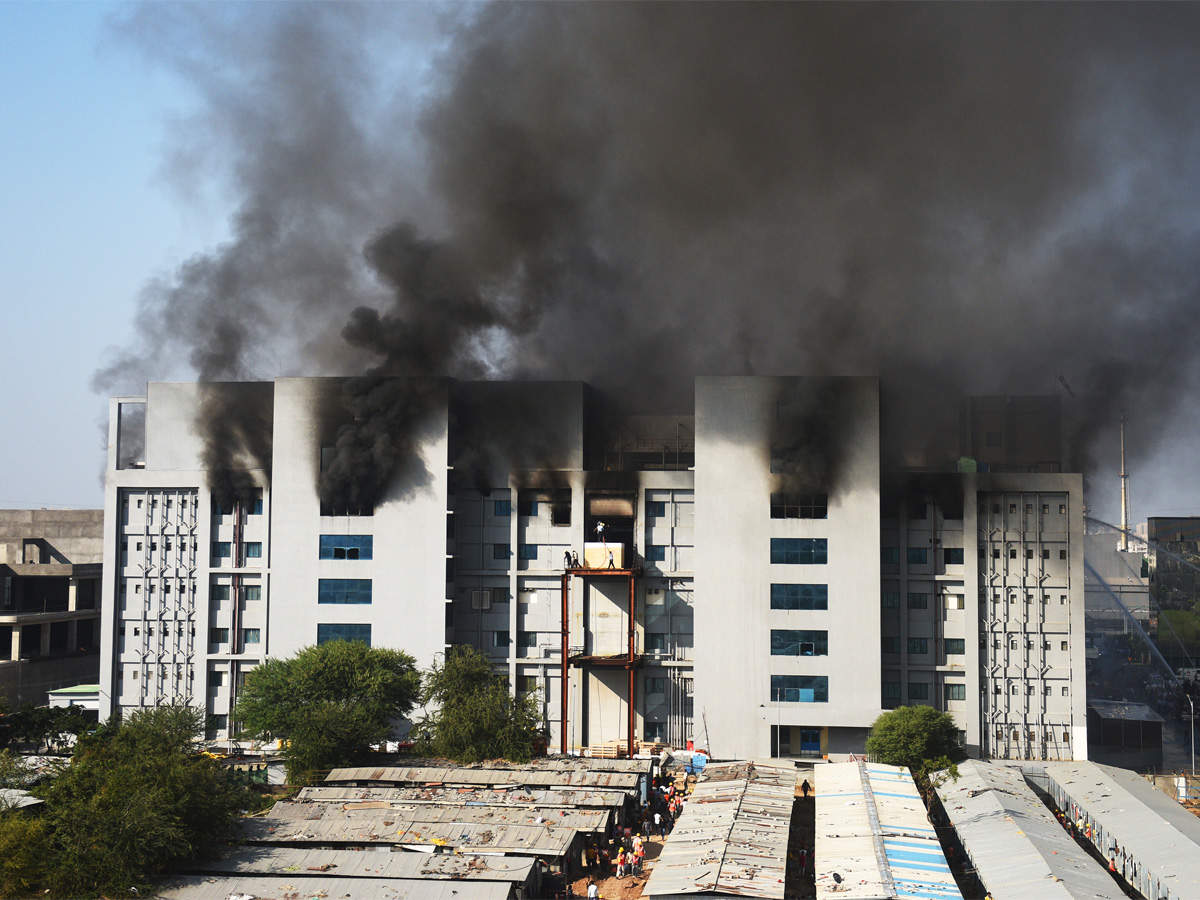 Pune: Top officials from fire wings of three Maharashtra government agencies on Friday launched a probe to ascertain the cause of the blaze that killed five workers at Serum Institute of India‘s premises here. Heads of fire departments of the Pune Municipal Corporation (PMC), Pune Metropolitan Region Development Authority (PMRDA) and Maharashtra Industrial Development Corporation (MIDC) are part of the joint probe team.

Five contractual labourers had died in the fire which broke out in a five-storeyed under-construction building in the Serum Institute of India’s Manjari premises on Thursday. The fire damaged the top two floors of the building located in ‘SEZ 3′ area of the premises of the vaccine major.

Devendra Potphode, Chief Fire Officer, PMRDA, said officials from the planning and development authority, PMC, and MIDC have come together to ascertain the cause of the fire in the building.

“As we are seeing today, the entire floor (4th and 5th) has been damaged. We are trying to ascertain the cause of the fire as well as how the fire spread,” said Potphode.

Several types of equipment were damaged in the blaze, he said.

“On the basis of findings from all the agencies, a conclusion will be reached on how the fire started,” he added.

The PMRDA officer declined to speculate on possible causes of the fire at this juncture.

Santosh Warrick, Chief Fire Officer, MIDC, also said it is difficult to comment on the cause right now.

“We have started the probe. Our scope of investigation is to check how the fire broke out,” said Prashant Ranpise, PMC’s fire department head.

A team of forensic experts reached the spot and conducting their probe, said another official.

The Manjari facility is where Covishield, the SII vaccine against Covid-19, which is being used in the nationwide inoculation drive against the infection, is made.

The building where fire broke out is one km from the Covishield vaccine manufacturing unit.