OnePlus 9 specifications and design have purportedly been leaked through a live image that surfaced online. The upcoming OnePlus phone appears to have a curved display with a hole-punch design and a triple rear camera setup along with a laser autofocus module. The leaked image seems to show OnePlus 9 in a Silver colour option, though the phone is likely to have some other shades as well. OnePlus 9 is rumoured to debut sometime in March — alongside OnePlus 9 Pro and a cheaper model that could be called OnePlus 9E or OnePlus 9 Lite.

In a report, ITHome showed a live image that is supposed to be of the unannounced OnePlus 9. The image highlights the phone from its front and back, both of which looks similar to what we saw on leaked renders and images earlier. The phone appears to have a rectangular camera module on the back that has three vertically-aligned camera sensors, along with a separate cutout next to the secondary camera that could be of the laser autofocus sensor. 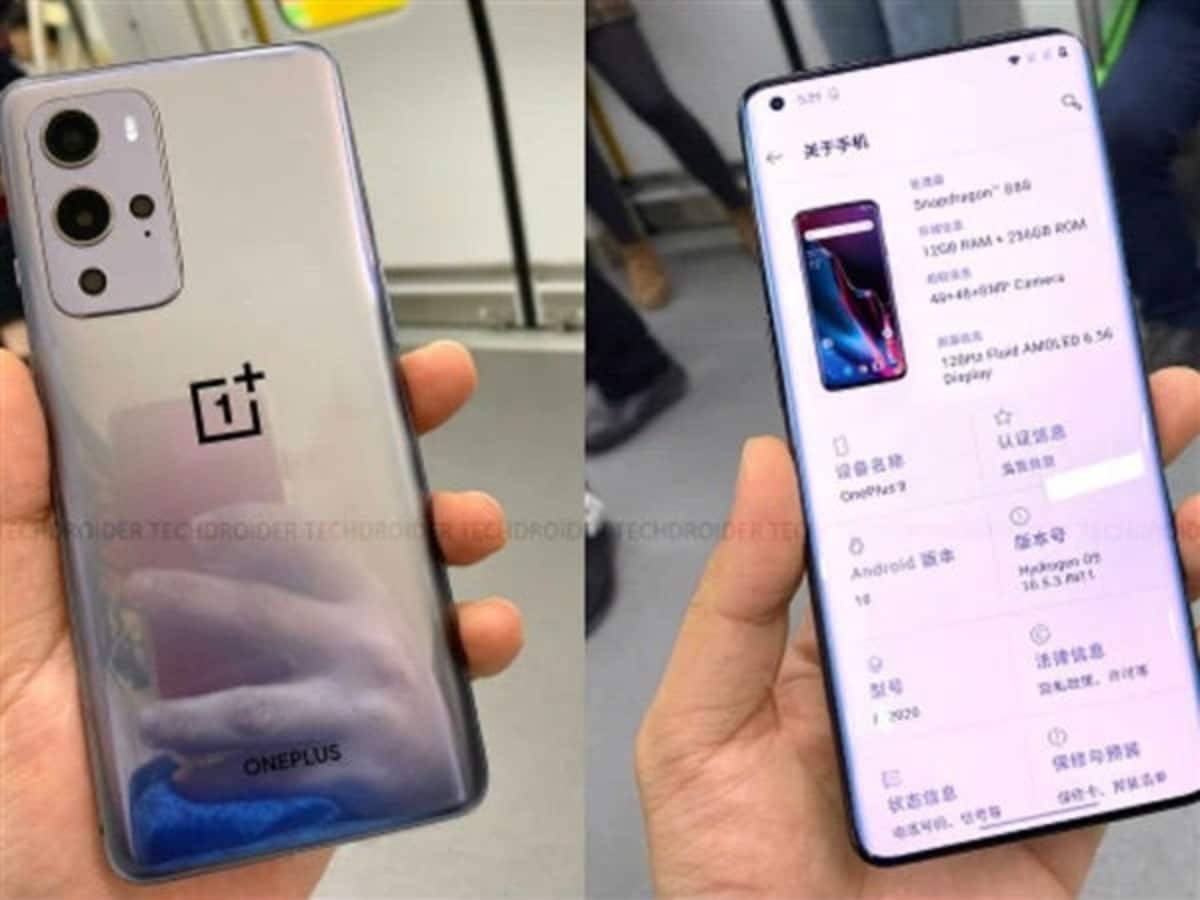 Although some earlier reports suggested a flat display on OnePlus 9, the leaked image shows a curved screen. This is similar to OnePlus 8 that also debuted with a curved-edge display.

The leaked image also shows an About Phone screen on the handset that purportedly suggests the OnePlus 9 specifications. The phone appears to be powered by the Qualcomm Snapdragon 888 SoC, along with 12GB of RAM and 256GB of onboard storage. The screen also shows the display details. It appears to be either 6.54- or 6.34-inch 120Hz Fluid AMOLED display. In terms of cameras, the screen suggests that there are two 48-megapixel sensors and one 8-megapixel sensor. This is slightly contrary to an earlier report that suggested a 50-megapixel primary camera sensor on OnePlus 9. The phone also seems to run on Android 11.

Previous reports suggested that OnePlus 9 could come with a 4,500mAh battery and support 30W wireless charging. The phone is also expected to have reverse wireless charging support, just like OnePlus 8 Pro.

The OnePlus 9 launch date is yet to be revealed. However, the phone is speculated to debut sometime in March. It is expected to arrive alongside OnePlus 9 Pro and OnePlus 9 Lite.