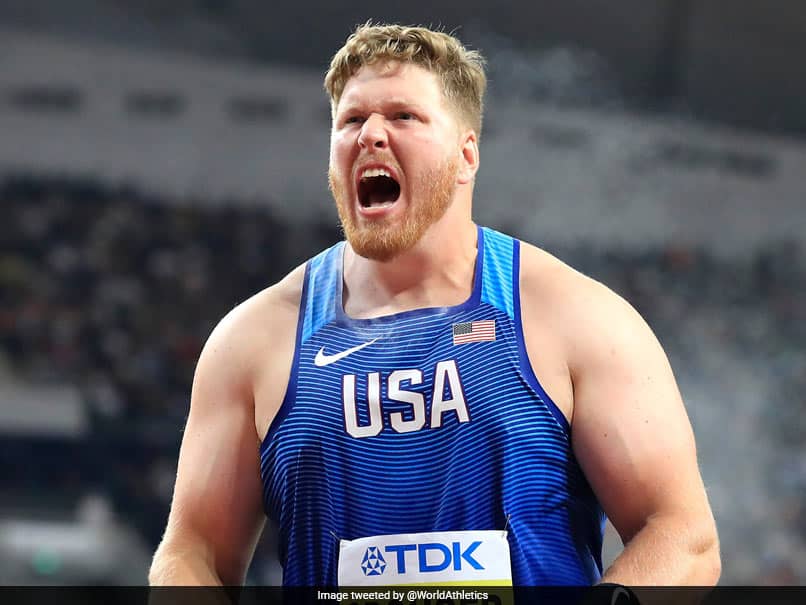 
American Ryan Crouser set a new world indoor shot put record by throwing 22.82 metres (74ft 10.5 inches) at the American Track League event in Fayetteville, Arkansas to kick off the World Athletics Indoor Tour 2021. Crouser broke the previous record set by Randy Barnes of 22.66 metres (74ft 4 inches). Crouser, the 2016 Olympics shot put champion, broke Barnes’ record that had stood since January 1989. “It’s a pretty good start to 2021,” Crouser was quoted as saying by worldathletics.org. “It’s been a long road to get back to normal competition. I felt really nervous on the first throw, but I had a ton of energy. I feel like there’s more there.”

First competition of 2021 and breaks the world indoor record with 22.82m.@RCrouserThrows, take a bow#WorldIndoorTour pic.twitter.com/mFHhRvMbol

Crouser, a silver medallist at the World Athletics Championship, already has more 22-metre throws than any other shot putter in history.

The fourth and fifth round throws were both declared fouls even as they landed similar distances.

Crouser finished with 22.48 metres – his third best throw of the day.

The first throw went so far that it only just landed on the matting laid out for the competition. The officials had to put extra mats to the far side.

Last year, Crouser was among the five finalists for the Male World Athlete of the Year 2020 for his undefeated run in 10 shot put competitions.

In other events, world 110-metre hurdles champion Grant Holloway sprinted in the heats of 60-metre hurdles clocking 7.38 seconds and then bettered it by winning with 7.35 seconds in the final.

“I always want to go faster,” Holloway, who consolidated his place at No.3 on the indoor all-time list, was quoted as saying by worldathletics.org. “But this is a good start to the season.”