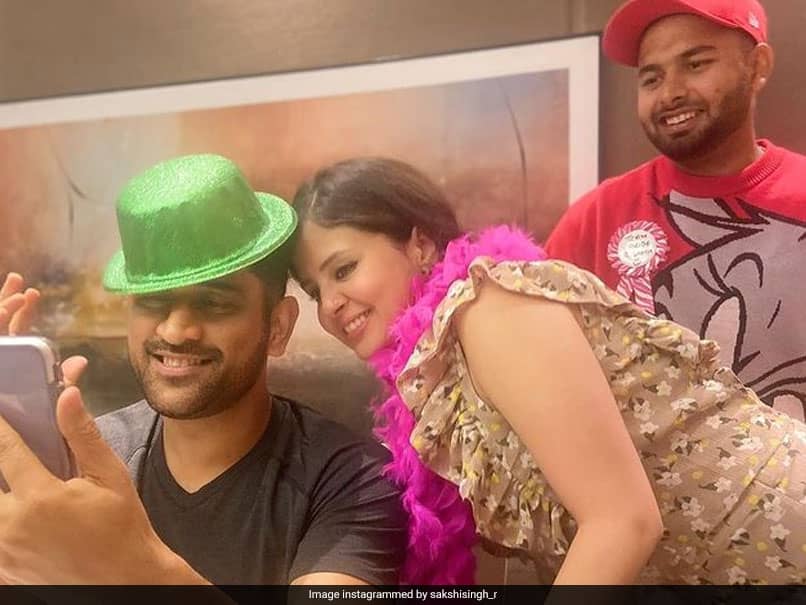 Rishabh Pant poses for a photo with MS Dhoni and his wife.© Instagram


Just after helping India to a historic victory against Australia in the Border-Gavaskar Trophy, Rishabh Pant spent some quality time with MS Dhoni and his wife Sakshi. Pant played an unbeaten knock of 89 runs on Day 5 of the fourth Test match in Brisbane, to help India win the match and retain the trophy. Busy chilling with Dhoni and his wife, Pant will be looking forward to repeating his heroics in the upcoming Test series against England. Taking to Instagram, Sakshi posted a photo with the duo.

In the photo, the trio can be seen having a good time, with the former India captain wearing a green-coloured party hat.

Often a victim for trolls and critics due to fitness and wicketkeeping issues, Pant has suddenly become a national hero. He was India’s highest scorer in the Border-Gavaskar Trophy with 274 runs. He slammed a blistering knock of 97 runs to help India draw the third Test, and followed it with a match-winning score to help India retain the series.

Other than Pant, even Shubman Gill and Cheteshwar Pujara put in good displays with the bat to steer India to a win in the fourth Test. Gill registered 91 runs off 146 deliveries in the second innings of the fourth Test, with Pujara scoring 56 from 211 balls.

India’s upcoming four-match Test series against England begins on February 5. The squad for the first two Test matches to be played at Chennai has been named by the BCCI. Pant has been selected and will be competing for the wicketkeeper position with Wriddhiman Saha.