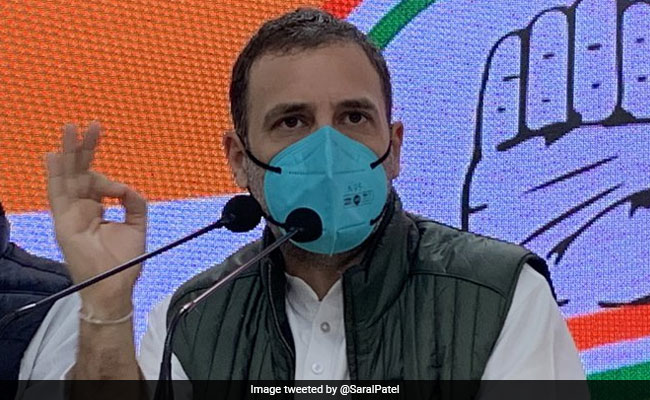 Taking a dig at Prime Minister Narendra Modi, Congress leader Rahul Gandhi on Saturday said PM Modi does not understand the spirit, language, culture or history of Tamil Nadu, yet he is controlling the state government through the central investigation agencies.

Addressing the people of the state during a roadshow in Coimbatore, the Congress leader said he has familial ties with the state and is indebted to the people of Tamil Nadu for having a loving relationship with his grandmother and father.

The Congress leader said he has visited the state to fight for the rights of the Tamil people.

Mr Gandhi further claimed that the schemes of the central government like demonetisation and Goods and Services Tax (GST) are destroying the small and medium industries in the state and added that the Central government is only working in favour of some five or six industrialists.

“Tamil Nadu used to be the centre of industrial progress, but unfortunately today it does not occupy that place. I met representatives from small and medium industries today and they explained the damage done by demonstration and GST. Narendra Modi is doing everything to weaken the MSME sector. What belongs to the farmers, MSME, and labourers, he is giving to five or six big industrialists. We are never going to allow that,” the Congress leader added.

He further alleged that the All India Anna Dravida Munnetra Kazhagam (AIADMK) government in the state has compromised its position and is being controlled by the Central government.
“You have a government today in Tamil Nadu that is compromised. PM Modi used the CBI and the Enforcement Directorate to get what he wants. He thinks just because he controls the government of Tamil Nadu, he can control the people of Tamil Nadu. Nagpur can never determine the future of Tamil Nadu,” said the Wayanad MP.

Invoking his personal ”connections” with the state and its people, Mr Gandhi said he is here to pay back the love his family received from Tamil Nadu.

The Congress leader is on a three-day visit to the western belt in Tamil Nadu and will have interactions with farmers, weavers and the general public.

He will also visit Tiruppur, Erode, Karur and Dindigul districts between January 23 to 25.