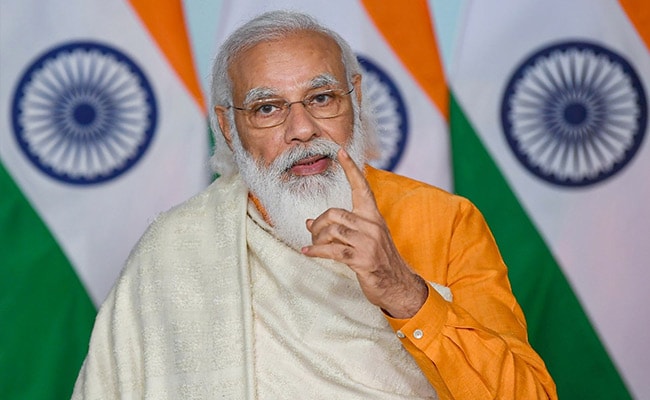 The BJP and the ruling Trinamool Congress are engaged in a tussle over the celebrations. While Ms Banerjee will lead a 6-km march in Kolkata, from Shyambazar in the north to Red Road in the heart of the city, PM Modi will preside over the inauguration of a permanent exhibition on Subhas Chandra Bose at the Victoria Memorial.

The assembly election is just months away. The BJP is looking to unseat the Trinamool Congress and is banking on PM Modi’s campaign to swing votes.

While the BJP has put in place its strong event management skills, Ms Banerjee seems to have also made her plans. “I request people from all sections of society and Indians who live abroad to blow a conch shell or do something similar at 12.15 pm, the time of Netaji’s birth, on January 23. I request Indian missions across the globe to do it as well,” Ms Banerjee appealed earlier this month.

PM Modi’s event in the evening at Victoria Memorial will see Usha Uthup perform Rabindranath Tagore’s ‘Ekla Cholo Re’ along with a choir. A group of schoolchildren will perform ‘Kadam Kadam Barhaye Ja’, a song which was composed as a marching tune for Subhas Chandra Bose’s Indian National Army in 1942. Singer Papon will present a song titled ‘Subhashji Subhashji’. The fourth song at the event is another patriotic song, ‘Dhono Dhane Pushpe Bhora’.

PM Modi will release a book ‘Letters of Netaji’. The final song followed at the event will be ‘Subh Sukh Chain’, the  anthem of the INA, which will be presented by Usha Uthup, Papon and Soumyojit, joined by singers like  Annwesha, Somlata and others.

The state and the centre have already clashed over the declaration of ‘Parakram Diwas’. Netaji’s birth anniversary will be known as Parakram Diwas, according to the centre. The state government had requested the centre to declare it as ‘Desh Nayak Diwas’ as Rabindranath Tagore had bestowed the title of Desh Nayak on Netaji.

I am honoured to be in your midst, that too on the auspicious day of #ParakramDivas.

During the programmes in Kolkata, we will pay tributes to the brave Netaji Subhas Chandra Bose. https://t.co/FDZtTiQe3O

Ms Banerjee’s march in north Kolkata will be a show of strength and an effort to showcase the Trinamool Congress’s efforts to portray itself as a party of Bengal, while it terms the BJP leaders who fly in as “outsiders”.

“In respect of Netaji, the BJP does not want any roadblocks. This will be a disrespect to Netaji. The state government is organising its own function. We don’t want to debate this. In every home people blow conches on this day, this is not a political agenda,” BJP spokesperson Shamik Bhattacharya said.