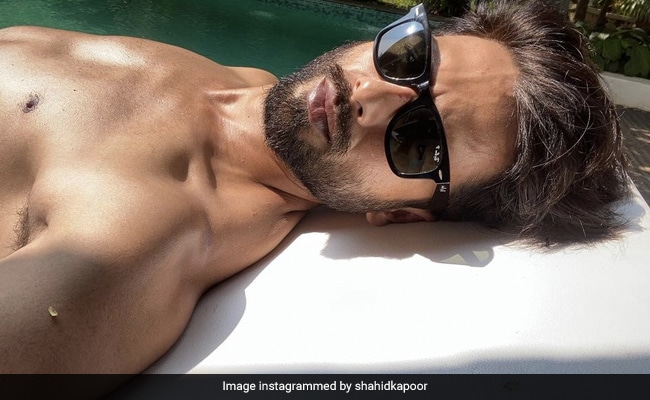 Guess who can’t get enough of Shahid Kapoor‘s latest Instagram entry? Of course, his wife Mira Rajput. The actor stole the show on the Internet on Saturday by sharing a photo of himself sun-bathing and we totally love it. In the post, shirtless Shahid can be seen wearing a pair of shades and clicking a selfie. “Sunny side up!” he captioned his photo, reacting to which Mira Rajput dropped a fire icon in the comments section. Actor Kunal Kemmu, who is a good friend of Shahid, left this ROFL comment on the Kabir Singh actor’s post: “Tappa chokra tappa.” Check out the photo here:

And here’s what Mira Rajput and Kunal Kemmu commented on Shahid Kapoor’s post: 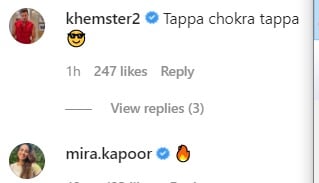 Screenshot of Kunal and Mira’s comments on Shahid Kapoor’s post.

Shahid Kapoor and Mira Rajput are head over heels in love with each other. The couple, 14 years apart, got married in July 2015. They were vacationing in Goa recently. While Shahid didn’t share any photo of himself from the holiday, Mira posted these stunning posts:

Shahid Kapoor and Mira Rajput are parents to a daughter named Misha and little son Zain.