Much ink has been spilled in recent weeks over the US Federal Reserve’s announcement that it will now, in effect, target inflation over the whole cycle. The message from the rest of the developed world’s central banks is similar: Most say that if necessary they’ll do more to get inflation back on target.

This week Christine Lagarde, president of the European Central bank (ECB), laid the groundwork for following the Fed. The ECB will now also allow inflation to overshoot on the upside. Presumably such comments are meant to reassure the handful of people still worried that central banks might move a little hastily once the effects of the pandemic have dissipated and growth and inflation start to pick up.


Economists, strategists and investors have parsed their comments, altered their forecasts and placed their chips accordingly. Yet any discussion of whether inflation targeting is a good thing has been notable by its absence, even before large swathes of the economy were shut down by government edict. This is strange, because to anyone who’s not a central banker it has become increasingly clear that inflation targeting is a policy of great stupidity.

When they introduced inflation targeting, starting with the Reserve Bank of New Zealand in 1990, central banks doubtless worried about too much inflation, given their experience in the previous couple of decades. Since the turn of the century, however, they’ve largely been trying to counter disinflationary forces. Not very successfully, it must be said.

In trying to increase by a fairly random amount an index of prices that they largely can’t or shouldn’t control, central banks couldn’t have done much more harm. They’ve crushed the savings and finance industry by slashing interest rates to historically low levels and driven the prices of all financial assets to a point where the phrase “unprecedented” scarcely covers it.

Interest rates, bonds, credit, equities, foreign exchange: Not a single market is unmanipulated by central banks. By encouraging sky-high asset prices and huge leverage, they’ve made it far more likely that the world ends up with the sort of debt deflation that helped make the 1930s depression so awful.

Or, failing that, they may be setting us up for an inflationary burst that would hammer the price of pretty much every financial asset.

The problems start with what central bankers are trying to achieve. Presumably, if they’re to look at inflation at all, they should look only at inflation over which they have some control, to whit domestically generated inflation (broadly, non-traded inflation).

For the biggest economies, roughly a third of overall inflation comes from tradable inflation. And whilst non-traded inflation has remained very stable over the years, the tradable slice has really only headed in one direction: Down.

Since the global financial crisis, US traded goods prices have fallen about 10 percentage points.

Crucially, these prices are set by North Asia in general and China in particular. If domestic inflation is stable, then the change in the overall consumer-price index must be driven by the far more volatile tradable part. Both the overall direction and the cyclical moves in G7 inflation are thus set by China. 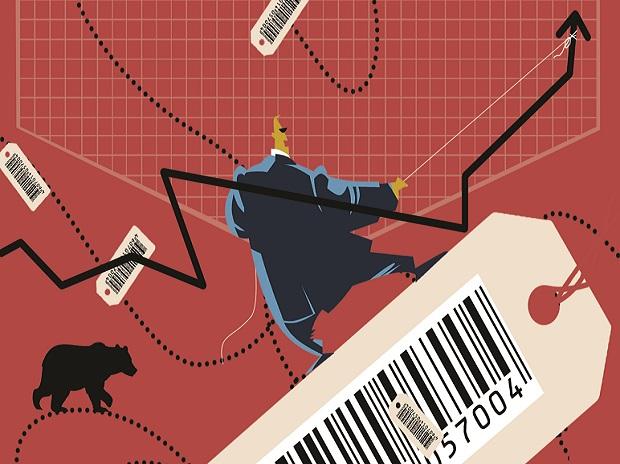 Anyone who doubts this should look at a chart of Chinese producer prices and US import prices.

In effect, monetary policy in the developed world is dependent on Chinese companies’ ability and willingness to turn out things on the cheap.

Which is where we get to the second problem. This China effect should be a good thing, not a bad one. Such supply-side disinflation is what economists call good deflation. It just means that stuff is cheaper for consumers. The trouble only starts when central bankers try, misguidedly, to offset this imported deflation.

So what happens when they attempt to push overall inflation higher? Simple: Interest rates for the domestic economy end up too low and central banks encourage credit bubbles. The big, crunching problems of the past couple of decades have all been preceded by rapid growth in credit-to-GDP. This applies to the recession after the tech bubble, the global financial crisis and the economic fallout from Covid-19.

You can’t blame central banks for a coronavirus. You can, though, blame them for two other things. The first is the amount of leverage, specifically corporate leverage, going into the pandemic. The second is the reason for this buildup of debt: Central banks went into the crisis with, at best, vanishingly small interest rates and balance sheets groaning with assets.

Every new emergency has meant that central banks have had to resort to ever more extreme measures to guard against a vicious debt-deflationary cycle, the conditions for which they helped foster. This time around, the remedy included buying huge swaths of corporate debt. This has encouraged even greater leveraging of companies that were far from shy of debt in the first place. Where’s the downside if central banks always bail you out? The answer is: They won’t always be able to.

As Andrew Hunt, who runs an eponymous economic consultancy, puts it: “You’re climbing ever higher up a cliff so that you can one day fall off at a higher level.” Indeed.

The writer was head of research and fund manager at Rubicon Fund Management. He was previously chief investment officer at Citi Private Bank and head of asset-allocation research at HSBC