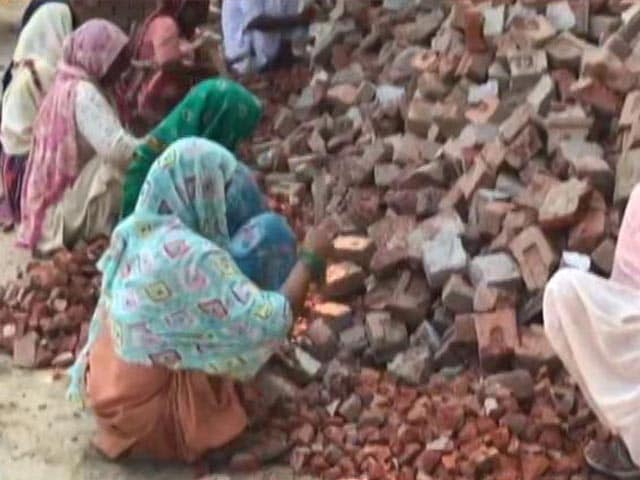 The livelihood and income impacts have been particularly harsh for about 2 billion informal workers.

India’s economy is projected to grow at 7.3 per cent in 2021, even as it is estimated to contract by 9.6 per cent in 2020 as lockdowns and other efforts to control the Covid-19 pandemic slashed domestic consumption, the UN has said. The World Economic Situation and Prospects 2021, produced by the United Nations Department of Economic and Social Affairs (UN DESA), said the world economy was hit by a once-in-a-century crisis — a Great Disruption unleashed by the Covid-19 pandemic in 2020. The global economy shrank by 4.3 per cent last year, over two-and-a-half times more than during the global financial crisis of 2009. The modest recovery of 4.7 per cent expected in 2021 would barely offset the losses of 2020.

“The devastating socio-economic impact of the Covid-19 pandemic will be felt for years to come unless smart investments in economic, societal and climate resilience ensure a robust and sustainable recovery of the global economy,” the report said.

India’s gross domestic product (GDP) contracted 7.5 per cent in the July-September period, as the economy rebounded from a record slump of 23.9 per cent in the previous quarter due to slowdown caused by the coronavirus pandemic. The data confirms the economy’s first technical recession — which is two consecutive quarters of GDP  contraction — since 1996, when the country began quarterly records.

The Indian economy, which grew at 4.7 per cent in 2019, will contract by 9.6 per cent in calendar year 2020, “as lockdowns and other containment efforts slashed domestic consumption without halting the spread of the disease, despite drastic fiscal and monetary stimulus.” India’s economic growth is forecast to be 7.3 per cent in 2021, the fastest growing major economy with only China coming in a close second with a 7.2 per cent projected growth rate in calendar year 2021, the report said.

According to the fiscal year estimates released in the report, India’s economy is estimated to decline by 5.7 per cent in 2020 and will return to a 7 per cent growth rate in fiscal year 2021, slowing down again to 5.6 per cent in 2022. The report said economic growth in South Asia in 2021 will be insufficient, at 6.9 per cent, to make up for the losses of 2020, as pandemic hotspots re-emerge and, increasingly, the ability of governments to deal with the multitude of challenges becomes exhausted. “The pandemic and the global economic crisis have consequently left deep marks on South Asia, turning this former growth champion into the worst performing region in 2020.

“While trade, remittances and investment are expected to pick up in 2021, as much of the global economy moves towards recovery from the widespread lockdown, investment and domestic consumption in many South Asian countries will nevertheless remain subdued owing to the continuing threat of the pandemic and the scarring effects of the crisis,” it said. Regional economic growth for 2022 is forecast at 5.3 per cent, which would allow South Asia to finally exceed its 2019 economic output, albeit only marginally. On the other hand, South Asian countries that are relatively more exposed to global economic conditions, such as Bangladesh and Maldives with their high share of foreign trade and Nepal with its dependence on tourism and remittances, will enjoy a stronger rebound, of about 10 per cent growth in 2021.

Policymakers in South Asia will need to strengthen their efforts to formalise labour markets and strengthen social protection systems to dampen the impact of the crisis on the most vulnerable and improve macroeconomic resilience, the report said. Informal workers, accounting for over 80 per cent of workers in Bangladesh, India and Pakistan have indeed been far more exposed to loss of employment than formal workers during the crisis and South Asia’s widespread informality has almost certainly magnified the impact of the pandemic, it noted. The report said the Covid-19 fiscal response in South Asia has consisted of a vast ad hoc expansion of social assistance and direct cash transfers for the most needy, but this kind of special support is neither sufficient nor sustainable. By April, full or partial lockdown measures had affected almost 2.7 billion workers, representing about 81 per cent of the world’s workforce. By mid-2020, unemployment rates had quickly escalated to record highs: 27 per cent in Nigeria, 23 per cent in India and 21 per cent in Colombia. The report noted that the pandemic exposed how stark inequality affected the ability of people to cope with the economic impact of the crisis. The report said the livelihood and income impacts have been particularly harsh for about 2 billion informal workers with limited social protection, especially those self-employed in the informal economy. The informal sector accounts for more than 60 per cent of jobs in a number of large developing countries, including India, Indonesia and Mexico.

It also took note that a few of the Sustainable Development Goals have seen some progress, but without sustained action this progress will be fleeting. Ambient water quality improved during lockdowns, for example, in the Yamuna River and Sabarmati River in India. The report said share of services in total value added has risen steadily, from 60 per cent of GDP in 2000 to 65 per cent in 2017. The importance of the services sector has risen sharply in other large developing economies, such as Brazil and India, it said. Among the developing economies, services trade is, however, highly concentrated. Just five economies (China, Hong Kong, India, South Korea and Singapore) accounted for more than 50 per cent of services exports from developing countries in 2017. While India stands out in terms of building competitive services exports, there are also other cases that are worth highlighting like Mauritius and Senegal, the report said.