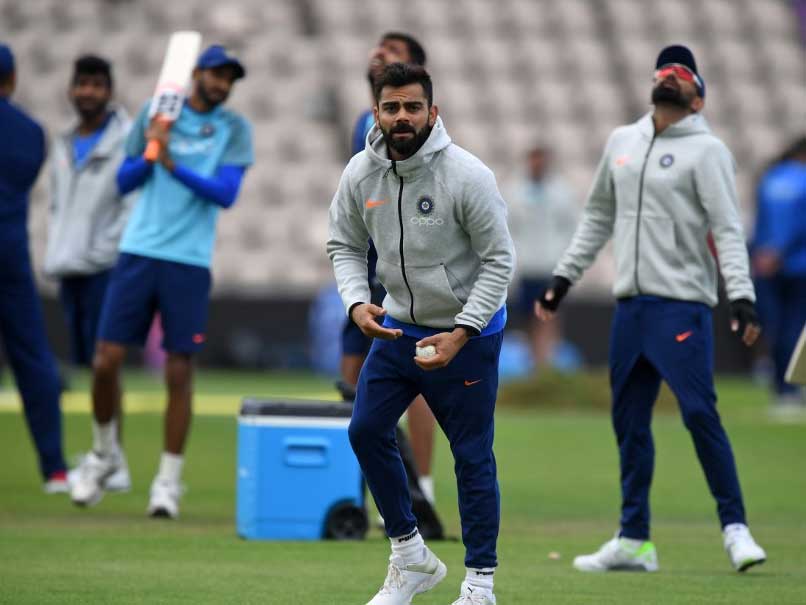 India and India A will compete in a four-day practice match Northamptonshire.© AFP


In an unprecedented build-up schedule for an overseas Test series, India will take on India A in a four-day practice match when the two sides travel to England later this year. The game will be played at the County Ground in Northamptonshire in July later this year. The exact dates of the match will be unveiled later. The India cricket team is scheduled to tour England in August and September to play five Test matches, beginning with the opening game at Nottingham on August 4.

“Some of the world’s finest international cricketers will be on show at The County Ground this summer as we welcome India and India A,” Northamptonshire County Cricket Club said in a statement late on Wednesday.

“Ahead of India’s five test series against England in August, Virat Kohli’s Indian side take on India A in a four-day warmup fixture that promises to be a showcase of high-quality cricket.”

The second warm-up match is scheduled in Leicestershire on July 28.

“The Indian tour party will then travel to Leicestershire the following week for a second warmup fixture beginning the 28th of July,” the statement said.

England is currently in India to play four Tests, beginning in Chennai on February 5. It will be followed by five T20Is and three ODIs.