Opinions expressed by Entrepreneur contributors are their own.

Can a simple card game help reconnect or strengthen bonds between family members? One Asian-American entrepreneur is intent on finding out. Joseph Lam is the 25-year-old creator of Parents Are Human, a bilingual, question-and-answer-format card game that aims to stimulate deep conversations and emphasize that language should not be a hindrance to understanding and respect.

Especially given the recent surge of racially motivated attacks against Asian-Americans, Lam’s hope is that Parents Are Human might help provide some comfort and a sense of belonging to Asian parents or elders while helping them connect with the younger generation.

Related: Dwayne Johnson and Dany Garcia Want You To Rethink Everything

How Parents was born

Lam ideated Parents Are Human with the goal of rebuilding his relationship with his own parents after feeling disconnected from them for many years. In a blog post, he wrote, “It used to be excruciating for me to spend time with my parents. Any form of communication was painful. I dreaded and avoided phone calls, messages, family trips, anytime they asked me for help.”

In retrospect, Lam tells Entrepreneur in a recent interview, “This was because I spent my teens pushing my parents away. I desperately wanted to fit in with my peers, so I pushed away my parents’ culture and love. They were the only people I took my stress and frustrations out on, and there was nothing that caused me more guilt than the way I had treated them.” 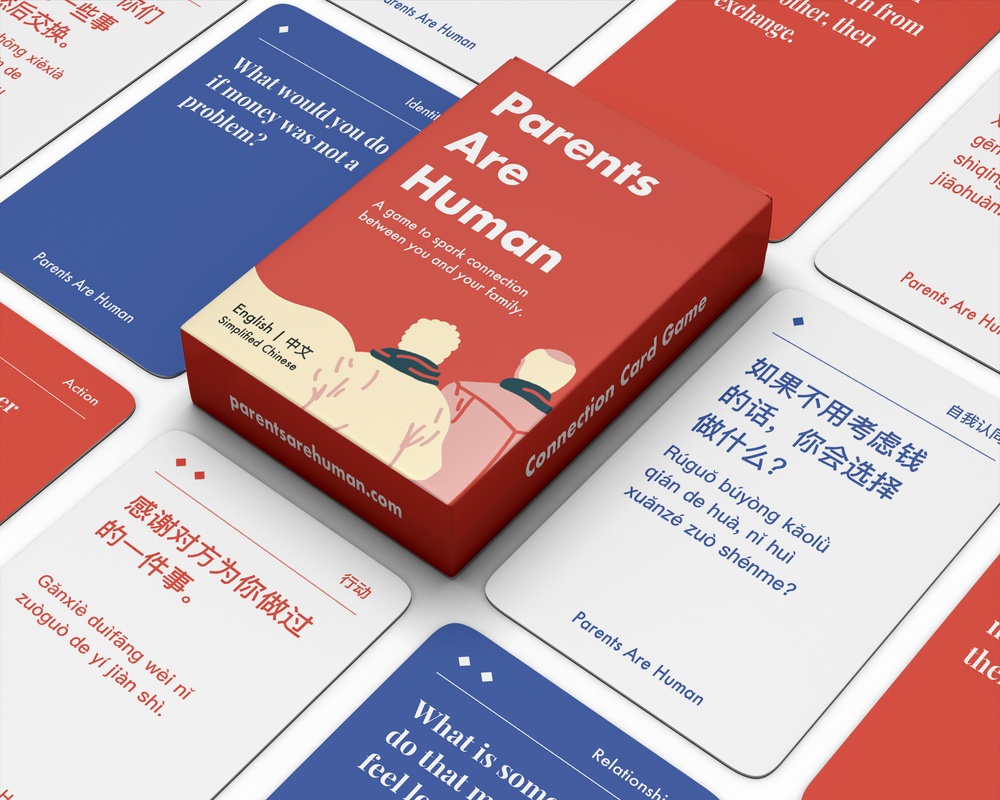 Thus, Parents Are Human was conceptualized as a tool to start conversations with his parents without having to worry about what topics to discuss or shying away from more personal subjects.

The game is played using physical cards, mobile phones or virtual interaction. There arw two sets of cards: blue and red. The blue cards are the question cards, while the red ones are referred to as the action cards. The action cards present instructions, which could be as simple as describing something or a bit more complex like writing and exchanging letters.

At least two people are needed to play, but there are no strict rules. Essentially, the cards serve as a facilitator of interaction. What makes Parents Are Human particularly distinct is that the two sides of the cards have the questions or instructions in different languages. The introductory set features English and Simple Chinese.

“When we were making the first English and Chinese deck, my parents and my co-founder [Candace Wu’s] parents, along with several other families, worked together on the translations and gave us invaluable feedback about the questions and actions we chose for the game. Our parents were all incredibly supportive and pleasantly surprised that we wanted to improve our relationship with them. My parents want us to be successful and are supporting us in whatever way they can because they know firsthand how valuable these conversations can be for other families.”

Lam’s parents not only lent him moral support, but they also played crucial roles in operating the business, with Lam having hired them to fulfill orders after they had to retire early because of Covid and health complications.

Does it really work?

So how effective is the game in achieving its purpose? Lam points to his own experience playing it with friends. “Two of my dear friends, my partner and I started an accountability group called The Parent Project where we publicly committed ourselves to ask our parents one question from the Parents Are Human card game every week,” he explains.
“The four of us then gathered weekly on a Facebook live stream to discuss what came up for us during our interactions. Calling my mom and dad used to be the last thing on my to-do list, if it even made it on there at all. Deep down, I knew how important it was, but I kept pushing it off. Being socially accountable to work through our past traumas, rewire beliefs that no longer serve us and learning to love and be loved by my parents has brought more consistent, transformational results than anything else.”

Lam also hopes the game can broaden the understanding of, and compassion for, Asian people and culture at a fraught moment in time. “So much of the empathy, compassion and understanding I’ve gained for my parents came as a result of playing Parents Are Human with them almost every week,” he enthuises. “I’ve been able to share many of their stories and our heritage with the world through my personal reflections to help people feel less alone in their experiences.”

Related: 5 Entrepreneurs Who Started With Nothing – and 3 Lessons to Learn

As for why it was so important that the game be designed with dual languages on the cards’ faces, Lam reflects that, “Growing up in an immigrant family, my co-founder and I both experienced significant language barriers” and that there are countless other immigrant families who share the same experiences. “Despite wanting to connect with our parents deeply,” he continues, “we didn’t have the language to ask them the questions we wanted to.” 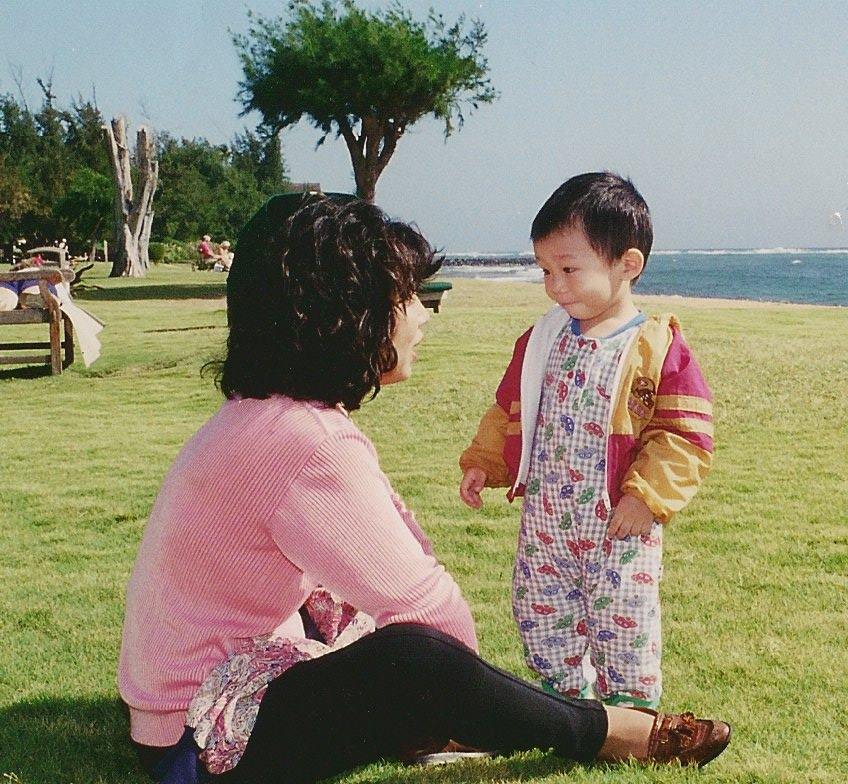 Lam as a little boy with his mom.

Parents Are Humans is not only meant for bilingual immigrant families, though. “Many have purchased Parents Are Human as a language-learning tool to improve their mother tongue or learn a second language,” Lam says, adding that they are already making an English-only deck to help entice a broader audience to play the game. There are also plans to release it in several other languages including Korean, Vietnamese and Filipino. A mobile app for the game is in the works as well. Not to mention the company plans to launch a giving program that donates $1.00 for every deck sold to 501(c)(3) nonprofits organizations working on problems such as intergenerational wellness, elderly care, end-of-life care, cultural preservation and mental/social-emotional health, causes that distill the essence of why Lam started the business to begin with.

“For the first time in my life, I’m able to work with my mom and dad,” he beams. “And we couldn’t be happier.”