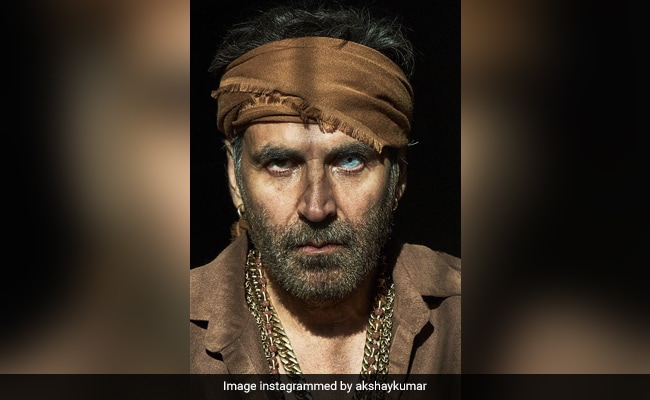 With a new poster of Bachchan Pandey, Akshay Kumar announced the release date of his upcoming film on Saturday – it’s Republic Day 2022. The actor, however, did not mention in his post whether the film will open in theatres or premiere on an OTT platform. Sharing a new poster of the film, Akshay Kumar wrote: “His one look is enough! #BachchanPandey releasing on January 26, 2022!” Akshay plays the role of a gangster, who aspires to be an actor in Bachchan Pandey. The new poster features him wearing a brown shirt and matching headband that he paired with heavy metal chains and earrings. His one blue eye and scarred face make him look deadly.

Riteish Deshmukh, who has co-starred with Akshay Kumar in many films like Housefull series and Heyy Babyy, reacted to his new look poster and hilariously tweeted: “Sundi…Aab kya aag lagaoge? #BachchanPandey. Sundi was Akshay’s character’s name in Housefull 3.

Bachchan Pandey is Akshay Kumar and Sajid Nadiadwala’s 10th project together after the Housefull series and Mujhse Shaadi Karogi. The new film is being directed by Farhad Samji, who has previously worked with Akshay Kumar and Kriti Sanon in Housefull 4.

Meanwhile, check out the other posters of Bachchan Pandey here:

Kriti Sanon plays the role of a journalist in the film that features Arshad Warsi as a struggling actor. The stars began filming Bachchan Pandey earlier this month.

Akshay Kumar will also be seen in Rohit Shetty’s Sooryavanshi, Aanand L Rai’s Atrangi Re and Ranjit Tiwari’s Bell Bottom. Sooryavanshi was slated to release last year but got postponed due to the coronavirus pandemic and lockdown.