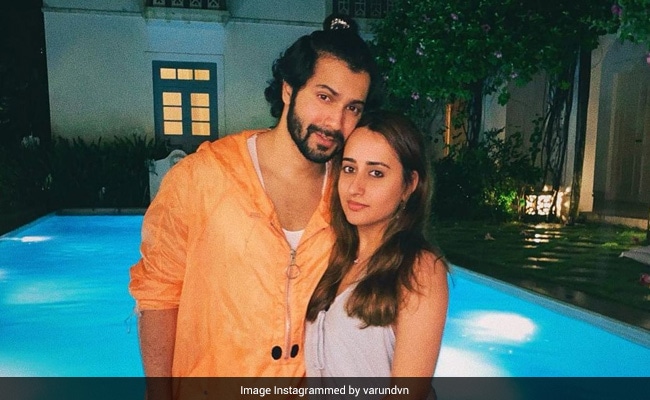 The couple will get married this Sunday. (Image courtesy: varundvn)

It’s a special weekend for actor Varun Dhawan who is marrying his fiancee Natasha Dalal on Sunday in Alibaug, some 120 kms south of Mumbai. The couple were pictured – separately – leaving Mumbai for the wedding destination with their families. Natasha, masked and dressed in white, was photographed at her home, getting into a car with her family. The ladkewaaley were pictured at the Dhawan family residence – Varun, his parents David and Laali Dhawan, and sister Anjini. The wedding party was driven to the waterfront in Mumbai from where they took a boat to Alibaug.

See pictures of the Dhawans here: Varun Dhawan and his family photographed leaving for Alibaug.

Here’s Natasha Dalal and her family leaving home for Alibaug: 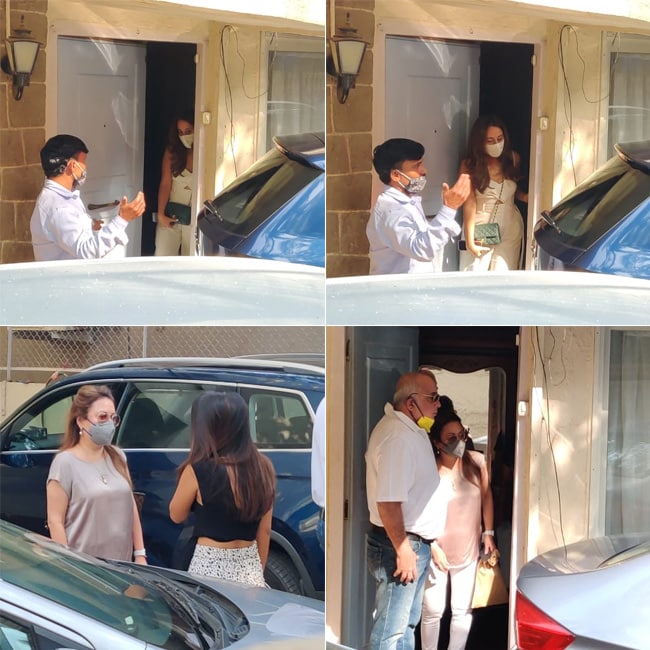 Natasha Dalal and her family pictured at their residence.

Varun Dhawan and Natasha Dalal, childhood sweethearts, were reportedly meant to marry last year but were forced to postpone their wedding because of the COVID-19 pandemic and lockdown. Last week, several media outlets reported that they had set a wedding date for this month and booked a resort in Alibaug. Between 40 and 50 guests have reportedly been asked to the wedding on January 24 and the mehendi and sangeet before. “I just received an e-invite an I am happy that finally, it’s happening,” Pinkvilla quoted an invitee as saying.

Bollywood Hungama quoted a source as saying, “The Dhawans have blocked an entire resort facing the beach in Alibaug and are planning a grand yet simple and sober wedding. The wedding functions will extend for 3 days – January 22, 23 and 24, with the entire guest list of the family following the bio bubble protocol. They will all be staying together in the resort and the guests list includes just immediate family members of the couple along with some close friends and colleagues.”

The resort chosen as the wedding venue is called The Mansion House, a popular spot for destination weddings. Here’s a picture of the resort from their Instagram:

Varun Dhawan and Natasha Dalal, a designer, were at school together. Speaking on Kareena Kapoor’s radio show What Women Want, Varun said, “The first time I met Natasha was in the sixth standard. We have not been dating since then. We were friends till the eleventh or twelfth grade. We were very close friends but the minute I saw her, I still remember, we went to Maneckji Cooper, she was in the yellow house and I was in the red house. It was on the basketball court. So, in the lunch break, in the canteen, they give you food and an energy drink. I remember her walking, I remember seeing her and actually, when I saw her, I felt like I fell in love with her that day. That was it.”

On the sixth season of Koffee With Karan, Varun confirmed that Natasha was his fiancee. “I am dating her and we are a couple…I plan to marry her,” he said.

Varun Dhawan, who recovered from COVID-19 last December, was last seen in a poorly-received remake of Coolie No 1 co-starring Sara Ali Khan. He is currently working on Jug Jugg Jeeyo with Anil Kapoor, Neetu Kapoor and Kiara Advani.