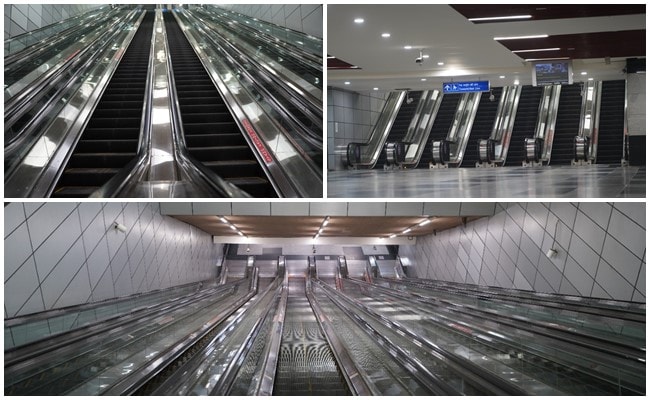 The Kashmere Gate state is the only multilayered triple interchange station of the Delhi Metro network that provides an interchange facility between Line-1 or Delhi Metro Red Line, Line–2 or Delhi Metro Yellow Line, and Line-6 or Delhi Metro Violet Line. With the addition of two more escalators, it has become the country’s only metro station having a record number of escalators facilitating convenient passenger movement between various levels.

According to DMRC, the Kashmere Gate station also has the second tallest escalators of the metro network with a height of 14.5 m, after the Janakpuri (West) station on Magenta Line which has the tallest escalator with a height of 15.6 m. Besides this, there are six parallel escalators for interchange between the Violet and Red Line and vice-versa, a rare engineering feat at a station area across the world’s metro systems. Delhi Metro is also in the process of installing 22 more escalators at major stations across the network including five more at Kashmere Gate, taking total number of escalators at this station to 52. (Also Read: Here’s How To Use National Common Mobility Card On Delhi Metro Airport Express Line )

(Also Read: All You Need To Know About India’s First Driverless Train For Delhi Metro)
The installation and commissioning of these 22 escalators for passenger services are likely to be completed within the next five-six months. Further, Delhi Metro has also planned to install 32 more escalators at major stations such as Adarshnagar, Kirti Nagar, Noida Sec-16, Vaishali, Mundka, by March 2022.