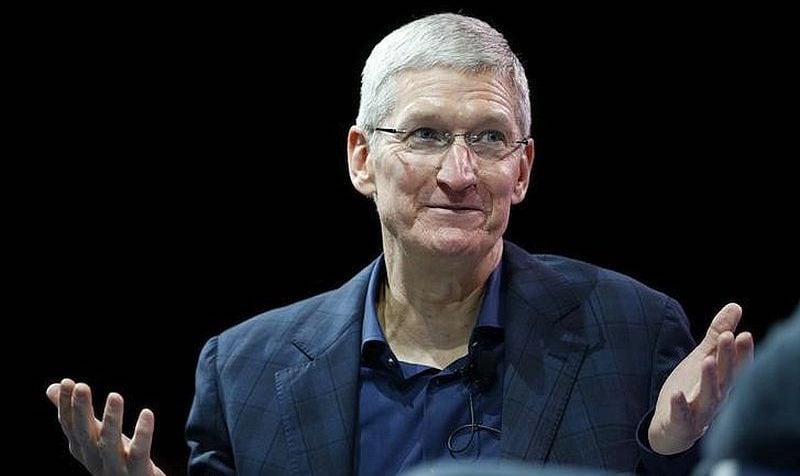 Tim Cook said even in developed markets everybody doesn’t have an iPhone.

Apple CEO Tim Cook has said the company’s share in India “is quite low relative to the size of the opportunity” and setting up retail stores in the future in the country will be a great initiative.

Apple launched the Apple Store online in India on September 23, offering Apple’s full range of products and support directly to customers across the country for the first time.

“If you take India as an example, we doubled our business last quarter compared to the year ago quarter. But our absolute level of business there is still quite low relative to the size of the opportunity. And you can kind of take that and go around the world and find other markets that are like that as well,” Mr Cook said on Wednesday in the company’s Q1 2021 results earnings call.

On a question on Apple’s efforts in the Indian market, where it has a low share, Mr Cook said, “There are several markets, as I alluded to before. India is one of those, where our share is quite low. It did improve from the year-ago quarter. Our business roughly doubled over that period of time. And so we feel very good about the trajectory.”

He said Apple is doing a number of things in the area. “We put the online store there, for example, and last quarter was the first full quarter of the online store. And that has gotten a great reaction to it and has helped us achieve the results that we got to last quarter.”

“We’re also going in there with retail stores in the future. And so we look for that to be another great initiative and we continue to develop the channel as well. And so there’s lots of things, not only in India but in several of the other markets that you might name where our share is lower than we would like,” he said.

Apple announced financial results for its fiscal 2021 first quarter ended December 26, 2020. The company posted all-time record revenue of $111.4 billion, up 21 per cent year over year. International sales accounted for 64 per cent of the quarter’s revenue.

Mr Cook said the company hit a “new high watermark” for its installed base of active devices, with growth accelerating as it passed 1.65 billion devices worldwide during the December quarter.

iPhone grew by 17 per cent year-over-year, driven by strong demand for the iPhone 12 family. The company’s active installed base of iPhones is now over 1 billion.

“The customer response to the new iPhone 12 models” unprecedented innovation from world-class cameras to the great and growing potential of 5G has been enthusiastic, even in light of the ongoing COVID-19 impact at retail locations,” he said.

iPad and Mac grew by 41 per cent and 21 per cent, respectively, “reflecting the continuing role these devices have played in our users” lives during the COVID-19 pandemic,” he said.